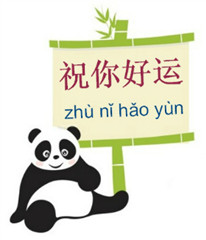 In my life, I’m just as likely to greet someone with “Ni Hao” as I am with “Hello.” Having lived in China for almost six years, I returned to the U.S. with my Chinese husband, who is fluent enough in English to serve as a contracted Chinese translator, and a plethora of Mandarin expressions. When going to China, it’s vital to know these nine useful Mandarin Chinese phrases.

This Chinese phrase commends one as outstanding. Believe it or not, drawing a positive correlation between an individual and his cow (niu) acknowledges an individual’s upstanding reputation. Yao Ming is without question niu, as is an individual who obtains train tickets for you after they are so-called “sold out,” or samples the baijiu alcoholic beverage that is marketed in plastic suction containers in local markets.

This Mandarin Chinese phrase asks a person out to dinner. The Chinese dine together to establish and maintain positive friendships. Therefore, when looking for a new companion, wanting to request a favor, or express gratitude, act as the Chinese people; enjoying lunch or dinner using your own Chinese yuan.

This Chinese phrase means that it is impossible, there are far too many individuals. China exhibits one point three billion nationals. A few extra people can ruin your trip. My Chinese husband and I traveled to Beijing while a national holiday was taking place in October. Unfortunately, at least part of the day was spent fighting a mob like crowd that extended between Tian’anmen Square all so we could see the Forbidden City. Lack of seats in clustered trains is also a common occurrence, plus, when we lived in Shanghai, we suffered through the onerous experience of being stuck between strangers’ groins and backsides during rush hour subway trips.

This Chinese phrase stresses, “Not me!” In a literal sense it questions, “where, where!” in order to attribute a compliment to someone else. Beliefs of Confucius, namely selflessness, are still very prevalent in China. Therefore, the Chinese hesitate to take credit when they are recognized in a positive manner. Chinese people, despite that, presume a foreigner to do just the opposite. By saying Nali nali is sure to impress your newfound Chinese acquaintances and elicit a happy response from them.

This Chinese phrase emphasizes, “We are predisposed to come in contact worlds away.” The Chinese sincerely subscribe to love and destiny to be one in the same. This accounts for the reason why my Chinese husband favors articulating our love with this saying. Its ideal for romantic encounters, and oftentimes is a sappy pickup phrase.

This Chinese phrase means “Wow! The changes in China are immeasurable! You can only imagine that heaven and earth have switched!” Each successive year, China is outpacing the world to build bridges, high rise buildings, express train routes and subway systems, altering the commercial outlay quicker than a Beijing taxi driver can speed. The above mentioned development is wonderful to consistent foreign visitors to China and any individual astounded by the rate of rising infrastructure.

This Mandarin Chinese phrase means “Actually! I am not displaying polite behavior!” Ideal for times when individuals continuously pile kung pao chicken into your serving dish long past the point at which you were fufll, or by forcing you to guzzle cup after cup of intoxicating baijiu–and believe you are just spewing “buyao,” which means you no longer desire it in order to be polite.
One time, when my Chinese friend demanded I consume one more round of Tsingdao, I found myself in a position to reiterate this saying constantly all the while protected my glass from his dangling beer bottle. Remain ever vigilant to protect a full stomach and your ability to stay sober.

This Chinese phrase means “It mandates painful and steadfast efforts.” Over five thousand painstaking years of historical past have made the Chinese believe that nothing comes easy. Individuals often say as much when confronted with any uphill feat, anywhere, an example such as preparing for and taking the national university entrance tests or soliciting employment. Its a theme applicable to climbing China’s mountains, thrusting yourself into a packed transport, or getting in an out of one of the train stations’ horrendous bathrooms.

This Mandarin Chinese phrase means “I terribly regret it, there is a task to which I must tend. I will see you later.” The Chinese are not an explicit people. It is never requisite that you explain yourself. What a perfect way to get out of an uncomfortable situation. Insert another buhaoyisi towards the finality of your excuse if you feel uncomfortable for leaving prematurely. The next several occasions you find yourself in Shanghai, Beijing and further into China, try using all of these phrases. That would almost certainly make you niu by my standards.

Do you know any other useful Mandarin Chinese phrases ?